In a crisis, listen to those who are prepared…

The last time I felt the atmosphere of crisis was in the morning of October 31, 1984. I was shopping for antiques in the crowded market, Chandi Chowk when suddenly a ripple of alert 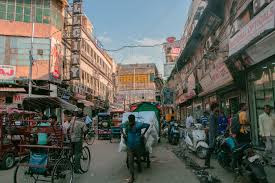 seemed to flow through the bazaar. The Indian guide with me told me, “our Prime Minister has been shot!”

I was perplexed about what to do: I was on a buying trip for the small boutique I ran and I had about 2 days’ more work to get done and plane tickets reserved. If I went back to the hotel, I’d lose a whole day. The guide was urging me to get off the street and the atmosphere did seem slightly menacing. Because I had my two year old daughter with me, I decided to err on the side of caution and took a taxi back to the hotel.

It was a nice hotel with a large lobby and several restaurants. The workers in the lobby didn’t have any idea what, if anything would happen as a consequence of the shooting and it wasn’t until several hours later that we learned that Indira Gandhi had died.

By the next morning, we could see pillars of smoke from a view off the roof of the hotel. Motorcyles and rikshaws laden with noisy men armed with sticks and clubs circled the 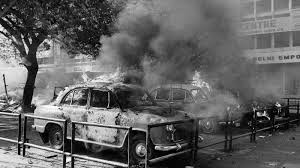 roundabout in front of the hotel. I ventured down to the lobby and asked the employees if they knew what to expect. Right about that time, I could hear the sound of breaking glass: someone had thrown a rock at a window and broken it. I looked at the unguarded door and had a realization: no one was prepared for this, and no one is getting the people here talking to one another so that they can respond appropriately to the crisis.

I vowed that if, in the future, I ever experienced an atmosphere of crisis, that I’d do whatever it takes get people talking to one another with the intention of mitigating any potential threat to everyone’s welfare.

We are now in an atmosphere of crisis.

Just as in New Delhi in 1984, people reacted to the crisis by taking a “wait and see what happens” attitude, similarly people now seem to withdrawing within themselves, hoping that the crisis will pass and not examining what they could be doing to prepare them for any eventuality.

Please be clear, the crisis is not the so-called Corona virus. If whoever is presenting this crisis is being truthful about the lethality of the virus, it would have been best dealt with by having older, vulnerable folks isolate themselves. The fact that the Powers that Be strutted their tejas (prowess) by showing the world that they were so powerful that they could get millions of people to hide in their homes by telling them a Lame Story that they had about a one-in-ten thousand chance of dying if they ventured outside. It worked, even when people were without food, kitty litter and toilet paper. Now They’ve brought the Crisis accompanied by the Lame Story to the West. 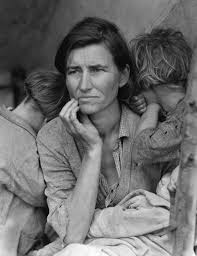 The danger is not a disease that kills magnitudes fewer people than automobiles, but rather that the Powers that Be choose the Lame Story to disguise the fact that the economy had to collapse due to the National Deficit and the policy of Quantitive Easing.

No one knows what will happen, but we don’t have to take a “wait and see” attitude, either. No mater what happens, all we really need is food, water and shelter. If we create a reality in which those things are readily available in our immediate environment, there is no loss, regardless of “what happens.”

I urge anyone reading this to think seriously about his/her situation. What will you do when there is no more food in the grocery stores and no gasoline at the gas stations? If you can’t answer that question in a very practical manner, I suggest that you beg advice from someone who is ready to meet this crisis, someone who was following Srila Prabhupada’s instructions regarding the second half of his mission.

Billy and I are endeavoring to live as locally as possible. We grow much of our own food, make cheese from our cow's milk and keep honeybees.
View all posts by Anuttama →
This entry was posted in Uncategorized. Bookmark the permalink.